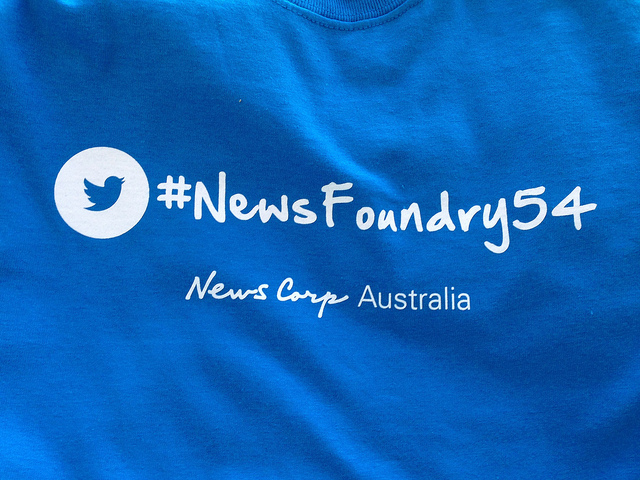 (all images aside from video are from Dushan Hanuska)

I joined News Corp Australia six months ago (and boy, that time has flown), spending the first eight or so weeks meeting literally hundreds of people across a variety of locations, hearing about our multitude of products and generally absorbing as much as possible.

One of my observations from this time was that we had great people, but that they were too fractured - project teams were quite disparate, and although they were often facing similar issues, they didn’t have the relationships and networks to share their experiences and knowledge, and thus we were solving the same problems in different ways at different times.

In time I accumulated a list of a few things to help with, and a chief one was fostering connections across teams and functions. But in a busy and large media organisation, driven by major events and deadlines, how do you build in time to create these important cross functional relationships?

Separately, I also believed we should work to inspire our people too, and help them see what they were capable of. In discussion with our Head of Innovation, Mark Drasutis, we talked about running a “hack day” to loosen everyone up a bit from the constraints of day to day work. For Mark’s role, it would also be a key signal of our intentions around fostering innovation. Mark and I share many common philosophies around innovation and organisations, and our conversations were always full of energy.

After a couple of false starts (coordinating over a hundred people across a dozen projects is tricky!) and with great executive level support, we managed to find a date and with the help of friends at Fishburners set about planning for an epic innovation event: #NewsFoundry54 was born! 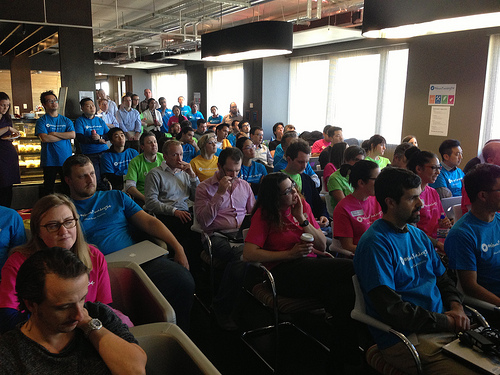 There were a few concerns: would we get everything planned in time? Would we be able to excite everyone into participation? Would the event and results be compelling enough that we’d get the chance to do it again? Could we make it amazing?

Well, I’m happy to report that the event was a tremendous succcess. While we had a slow lead up, when we reached the kickoff day the groundswell of action and support was phenomenal. Over 54 hours, from midday on Wednesday to late Friday we had a frenzy of activity with over 100 participants and a lot of additional help on top of it.

In the end, there were twenty projects delivered, and you can see some of them in this video:

Impressive pitches at #newsfoundry54. I'm glad I don't have to decide pic.twitter.com/occ7VCJEWb

and more at the “#NewsFoundry54” hashtag. How we did it

Firstly, we absolutely couldn’t have done this without the help of Peter Bradd from Fishburners. Both Mark and I had hectic regular day jobs to attend to, and while we’d each run innovation events before, Peter had run over half a dozen of these for a variety of organisations over the past three years, so his expertise and availability were invaluable. Also a special mention for Daphne Hazelhoff-Need who was crucial in coordinating and navigating the organisation.

Each of the following steps could be a blog post in itself, but I will let them stand as dot points with minor notes, and perhaps delve into particular points in future posts. Anyway, broadly here’s how we pulled it together:

Things to improve for next time

Ultimately NewsFoundry54 was a thrilling and exciting ride that I am very proud to have been a part of. The ideas and execution were the stars of the show, but the sense of shared purpose, the collaboration, the sharing and the excitement were just as notable. While innovation and startup events are not necessarily new in the cutting edge tech communities around, they are still significantly unknown for a lot of people in large organisations, and as such it can be a challenge to explain what they can do for a company. Now, everyone in News Corp knows - they were either there to experience it directly or have heard about it through the grapevine, and we’ve already seen great carryover into everyday work.

Yes, this is an event that will be reprised, and I can barely wait for the next one!